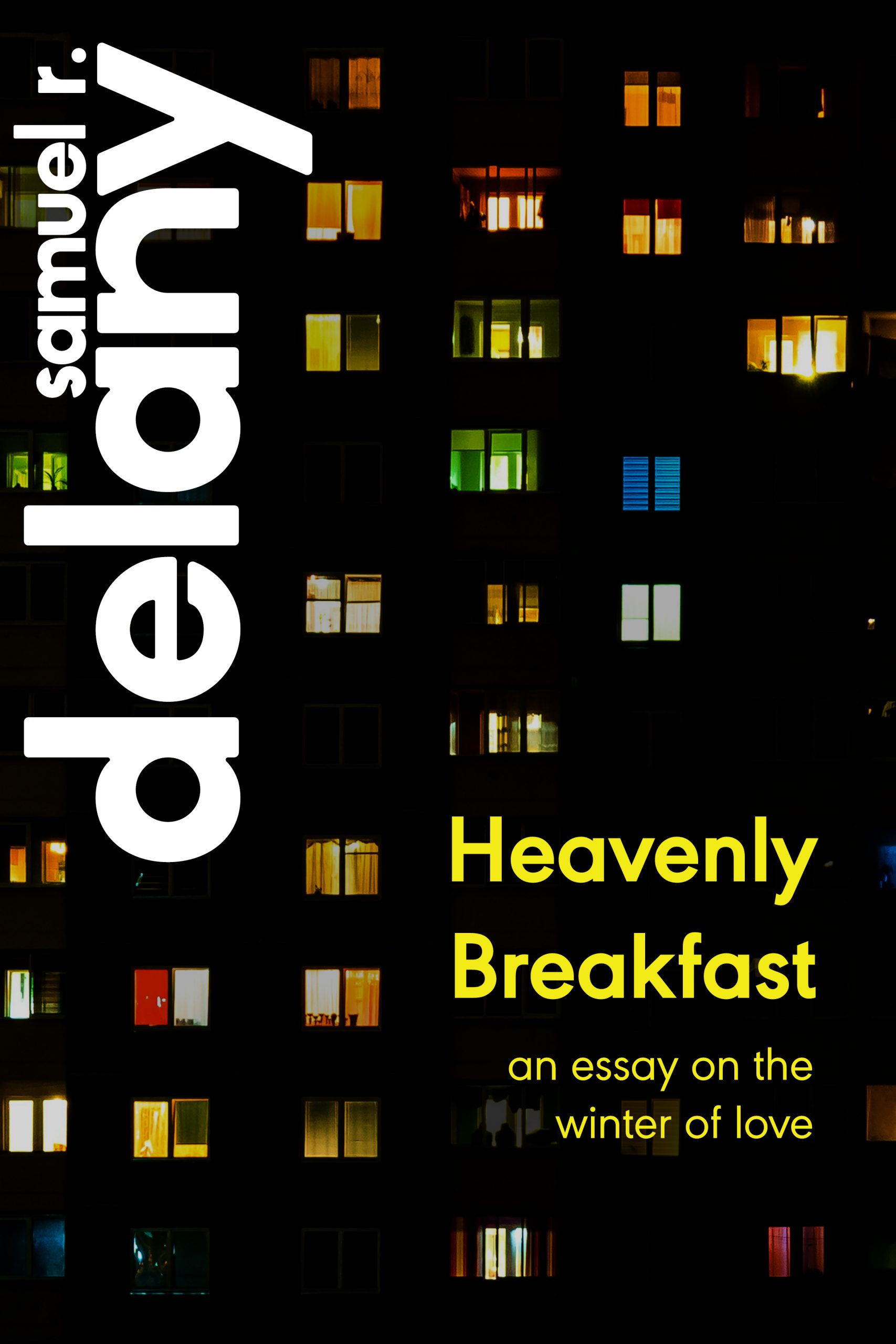 Heavenly Breakfast: An Essay on the Winter of Love is award-winning author Samuel R. Delany’s essay/memoir about his time living in a commune that was also a rock band in the East Village in the winter of 1967–1968.

I couldn’t talk about life at Heavenly Breakfast without talking about drugs and sex. Yet I couldn’t mention either without their falling into value matrices set up by other people which precluded what I really wanted to discuss: the texture and affectivity of life lived humanely, day by day.

The book was originally published in 1979, in a Bantam Books mass-market paperback edition.

“A commune?” Brother Francis asked. “Now what, exactly, is that?”

“Well,” Coca-Cola said, “it’s sort of . . . well, like a monastery. But it’s not religious. We live together, share things, take care of one another. We live—well, differently from the people around us.”

In the Constellation Press edition, several people’s names have been restored to their real-life names (instead of the pseudonyms used in the paper editions), by request of the author. This edition also includes some notes about the members of the band, and a note giving biographical context about what was going on in Delany’s life before and after the period described in the book.

The Constellation Press edition is now available from the Apple Books Store, the Kindle Store, and Kobo.

The book is also available in a trade paperback edition from Bamberger Press.

A few things that appear in this book that might be traumatic for some readers: